Boiling water taps are a fantastic addition to your kitchen that will save you time, as well as saving you energy so you're not having to use electricity to put your kettle on constantly. If you find yourself making hot drinks frequently as you're working in your home office in Bromsgrove, Stourbridge or Harborne, then get in touch for a boiling water tap installation.

How does a boiling water tap work?

You may think that a boiling water tap would be quite expensive to have at your home in Bromsgrove, Harborne or Stourbridge, but they work with the installation of a water tank that would be connected to your water supply, but heated via a power socket. The hot water is stored in the water tank until it is needed, then when you require boiling water, all you need to do is switch on your tap, and the boiling water is instantly ready for use.

At Bog Standard Plumbing, we have outlined why boiling water taps are a must-have in your kitchen in 2021. If you are someone that is thinking about getting one installed but you are not quite sure if you want to commit to one then hopefully, these reasons as to why you should consider installing a boiling water tap will help you arrive at a decision.

How efficient are boiling water taps?

The efficiency of the boiling water tap would largely depend on whether you are likely to use it a lot. If you are always making hot drinks or you find that in your household you are always using the kettle then the boiling water tap would be a lot more efficient in this circumstance, especially if you look into it further for little tips on saving more energy with your tap like turning off the heater overnight.

It also depends on how efficient you are with your kettle as most people tend to overfill the kettle which then requires more energy to heat up the larger body of water also you may throw the water out or reheat it again and again till empty, that also is very un-efficient, so if you tend to do this then the tap would also be more efficient. The only inefficiency for the water tap would be that you do require constant electricity to the tap to allow for the water to remain heated but it will mean that you only use the water needed for each time you use it which would out way this. 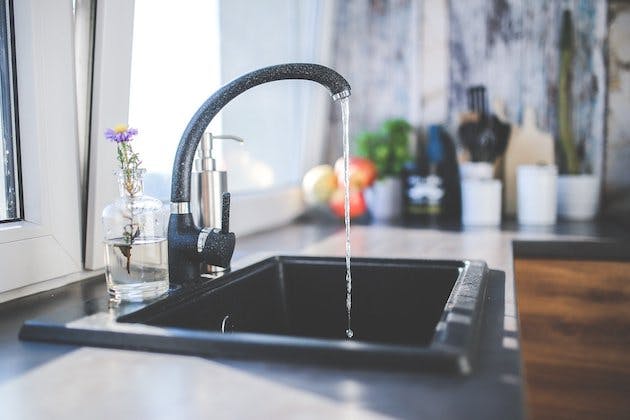 Do boiling water taps actually save you money?

In short, yes, they would save you some money on your energy bill as outlined above. However, the initial investment for the tap to be purchased and installed would mean that you would not really notice much savings until you had owned the tap for a few years. This is why the main motivation for getting one installed is usually for aesthetics and convenience as opposed to cost-effectiveness.

The main concern for people when getting a boiling water tap would be their safety. In the main, as long as you do not have young children, who may be able to reach your taps, we think that they are very safe. There are even some taps on the market that have reliable safety features in place to make sure they are as safe as possible for all, even children!

Most boiling water taps have to be switched on with a button you hold down for them to work which means as soon as you release the button, it shuts off, which will stop you from accidentally leaving it on. Boiling water taps are also very heavily insulated which means that when using the tap the metal will not heat up, allowing the neck of the tap to remain cool should you touch it after use.

There are not many disadvantages to boiling water taps, the main one and probably how expensive the installation might be. As mentioned earlier, the installation involves connecting a hot water storage tank and so could end up becoming quite expensive if there is a lot of plumbing required to install it.

There is an argument to suggest that boiling water tanks require more maintenance than kettles, too as every now and then you would need to keep cleaning out the water tank in order to prevent limescale build-up. As well as this you also need to replace filters as and when necessary which could be an expense that you would not have to think about if you had a kettle.

Are boiling water taps worth it?

The main thing to remember here is that as long as you can afford it then we think that getting a boiling tap installation is very much worth it. They are likely to save you money in the long run and are more convenient for you around the home. Instant boiling water will enable you to be more productive at home while allowing you to free up space on your kitchen counter as you get rid of your kettle!